This book is a compilation of 200 images relating to all aspects of D-Day and the Normandy landings, beginning with the years of planning and preparations, all conducted in great secrecy. Next the focus is on the naval and air force operations, the airborne landings, and the British, American and Canadian forces who came ashore on 6 June. The book also covers the months of hard fighting during the Battle of Normandy, and through to the end of the war. 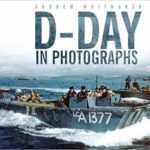 Craig L. Symonds shows in this gripping account of D-Day, success depended mostly on the men themselves: the junior officers and enlisted men who drove the landing craft, cleared the mines, seized the beaches and assailed the bluffs behind them, securing the foothold for the eventual campaign to Berlin, and the end of the most terrible war in human history. 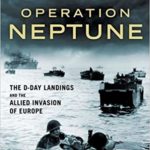 This book, written only one year after the invasion by a senior British naval officer who was closely involved, provides the detail behind the conception, planning and successful execution of ‘Neptune’. 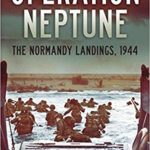 The success of the Allied invasion of France on 6 June 1944 was to a large part down to Operation Neptune, the naval plan behind the Normandy landings.

In this timeless book, Vice Admiral Schofield describes the great events of June 1944 which, as Captain of HMS Dryad, the Royal Naval shore establishment which housed General Dwight Eisenhower’s Supreme Allied Headquarters before the landing, he witnessed at first hand.

by B. B. Schofield 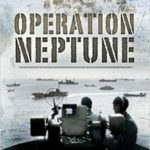 Gators of Neptune: Naval Amphibious Planning for the Normandy Invasion

This book offers a rare historical account of the Royal and U.S. Navies involvement in one of the greatest amphibious assaults of modern history. It is a story of cooperation and, at times, discord, between the two navies as they planned the naval portion of the Allied invasion of Normandy. With the evolution of amphibious warfare as a backdrop, the book has sufficient technical detail to satisfy the modern day practitioner of amphibious warfare, yet is written in a style that makes it accessible to the general public. 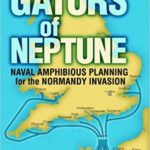 Operation Neptune: The Prelude to D-Day

David Wragg explores the earlier Allied and Axis experiences with amphibious operations and the planning for Neptune and Overlord. He reveals the naval support needed once the armies were ashore and before continental ports could be captured and cleared of mines, with operations such as minesweeping off the Normandy coast, which led to one of the worst ‘friendly fire’ incidents of the war. This is the must-read book to understand what made D-Day possible. 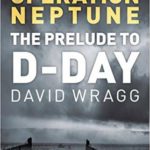 Cornelius Ryan captures the horror and the glory of D-Day, relating in emotive and compelling detail the years of inspired tactical planning that led up to the invasion, its epic implementation and every stroke of luck and individual act of heroism that would later define the battle. In the words of its author, The Longest Day is a story not of war, but of the courage of man. 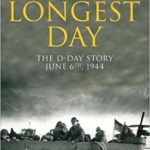 Sand and Steel: A New History of D-Day

Peter Caddick-Adams recreates what it was like to wade out onto the carnage of Omaha Beach, facing the machine-gun fire that wiped out whole battalions of troops. He delves into how the Allied generals came to choose Normandy in June 1944, and describes the extraordinary subterfuge that went into keeping the decision secret. And he recounts how the operation transformed the lives of Britons back home, transforming sleepy villages in the Home Counties into bustling military outposts. 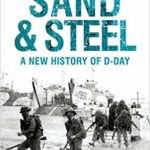 Although the assault on Utah Beach ultimately became one of the most successful military operations of World War II, its outcome was anything but certain. Not only was Utah the most isolated of the five D-Day beaches, but the airborne assault was of unprecedented size and complexity. Despite the perils, American troops confidently cascaded into that far corner of Normandy and contributed decisively to the Allied triumph on D-Day. With verve and authority, Balkoski describes how that victory was won. 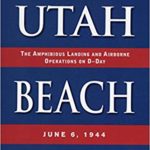 This book tells a dramatic story of near disastrous drops by the U.S 101st (The Screaming Eagles) and 82nd (The All American) Airborne Divisions and how they gallantly regrouped and gained their objectives at St Mere Eglise and Carentan. 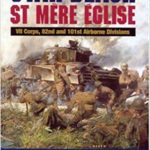 This book traces the story of D-Day on Utah beach, revealing how the infantry pushed inland and linked up with the Airborne troops in a beachhead five miles deep. Now the battle to break out and seize the key port of Cherbourg could begin. 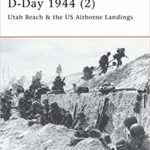 Back to the Battle of Normandy bibliography menu