A detailed account of the Normandy campaign fought by the British Armoured Divisions and independent Armoured Brigades, from the D-Day landings to Operation Goodwood. The Author, an acknowledged British armor specialist, has divided his work into three parts: the units involved, the AFVs fielded in Normandy, and the doctrine of use of the High Command with its actual effect on the battlefield. 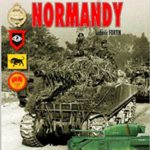 The aim of this book is to offer an insight into the uniforms worn and the equipment used by the soldiers who fought on Norman soil, many of whom are now laid to rest throughout the region’s cemeteries. Several collectors have contributed towards enhancing the book’s contents, presenting, for the first time, the finest from their collections, painstakingly and patiently recovered across Normandy’s battlefields. Each and every one of these precious objects holds its own share of history and many are the last remaining witnesses of this terrible combat. 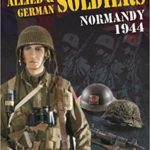 Through their photographic representation, the stories they tell and their actual historical significance, the battlefield relics shown here cast a different light on D-Day and the Battle for Normandy, and extoll the enthusiasm and worthiness of the collectors who preserved them. 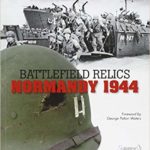 US Airborne Soldier vs German Soldier

Using specially commissioned artwork, this book examines the development of the American airborne forces that spearheaded the Allied effort in Sicily, Normandy and Operation Market Garden, and the German countermeasures that evolved in response to the threat of Allied airborne landings. 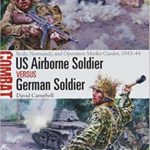 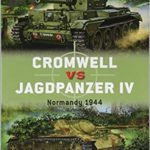 In this book, all uniforms, weapons, vehicles and materials are presented in color photos specially made for the book. Highly technical text and legends accompany detail photos and complete mannequin outfits.

In this book, collectors will discover a new aspect of helmet camouflage in the individuality and sometimes moving aspect of ‘battlefield found’ helmets. Impressive by their historical dimension, camouflaged helmets, whether the plain result of personal initiative or produced by teams of experienced artists, often reproduce the colours and patterns applied to tanks and guns. 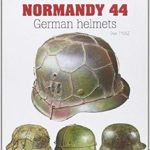 Armor In Normandy – The Germans

Each mini-guide allows the reader to get to know more about a region’s history, linking historical events with places of interest and sites of note, as well as providing an unprecedented visual feast of contemporary photographs, uniforms, badges and equipment – all in full color. 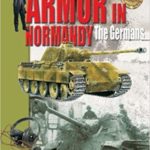 On 6th June 1944, American paratroopers of the 82nd and 101st US Airborne Divisions were dropped over the Cotentin, on the western part of the Normandy beachhead. These troops engaged the German forces behind the Atlantic Wall defences as the main forces landed on Utah Beach. This book shows in full colour recreations the detail of the troops, uniforms, equipment, special materials, insignia and details the orders of battle. 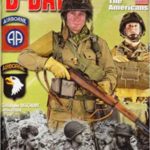 The very first ground actions linked to the D-Day in France were fought by the ‘Red Berets’, the famous British and Canadian paratroopers of the 6th Airborne Division dropped over the Caen region, and also by the lesser-known French SAS who jumped over Brittany the same day to fight a guerilla war. This book offers every detail of these elite soldiers, uniforms, equipment, badges and emblems. 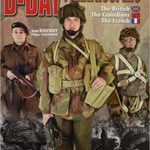 The D-Day Kit Bag: The Ultimate Guide to the Allied Assault On Europe

This book tells this fascinating story not only through stunning documentary photography but also through over 200 key objects, selected for their importance to the outcome and experience of Operation Overlord and often arranged as the complete D-Day kit of many of the participants. 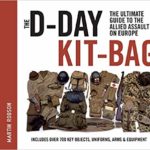