The commune of Anguerny in Calvados is attacked on D-Day at 5.30 pm by the 8th Infantry Brigade commanded by Brigadier K. G. Blackader. The men of the Queen’s Own Rifles of Canada and the Chaudière Regiment were supported by tanks of the 10th Armored Horse Regiment, the Fort Garry Horse, who landed in the morning at Juno Beach are in contact to push the Germans towards the south.

After fierce fighting, the Canadians forced their opponents to retreat on D-Day evening to the south and east of Anisy, settling in defensive in Mathieu. 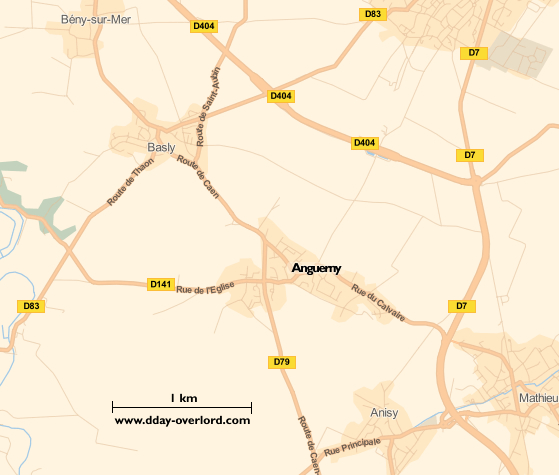