The commune of Anisy in Calvados was taken by assault on 6 June 1944 by the 8th Infantry Brigade commanded by Brigadier K. G. Blackader. It is the men of Queen’s Own Rifles of Canada who landed at Juno Beach in the morning, who are in contact to push the Germans to the south.

The German artillery positioned in the Basly sector opened fire on the Canadian advanced elements between Anguerny and Anisy, but the latter continued their progression, also repelling a counterattack led by the 21. Panzer-Division.

After short but violent fights, the Canadians forced their opponents to retreat on D-Day evening to the east of Anisy, settling in defensive Mathieu. 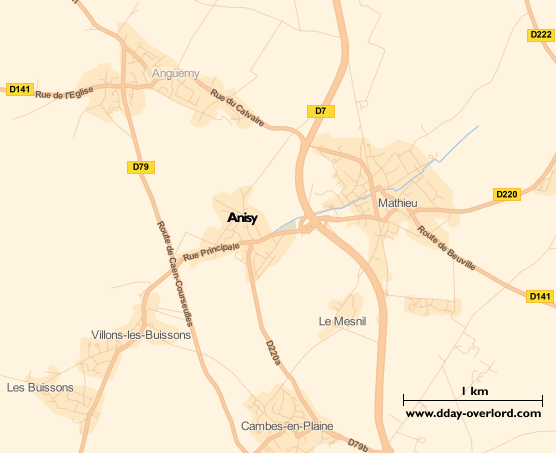