With the success of the trap tactics and the encirclement of the armed forces B forces in Falaise, General Montgomery, commander of the Allied land forces, wanted to create a new trap between the Seine and the Channel to trap The Germans: Operation Paddle, which begins on August 17, 1944.

Along the flowered coast, the 6th Airborne Division and the Piron Brigade are responsible for progressing towards the Seine. Four days after the launch of Operation Paddle, the British want to seize the heights of the area of Annebault which are particularly vital for the conquest of Pont-l’Evêque. On August 21, the paratroopers of the 8th and 9th battalions of the 3rd brigade seized Annebault after violent fighting. 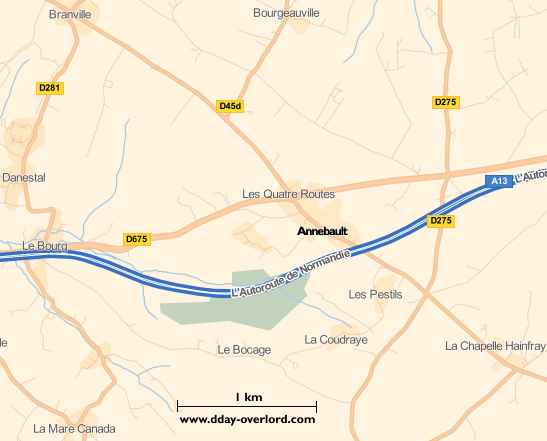