The La Chaudière regiment, made up of French-speaking Canadians, approaches the town of Basly (codenamed “Egypt” by the Allies) in the late afternoon of D-Day after having fought many fights all day, especially in Bény -on sea. Supported by the tanks of Squadron A of the Fort Garry Horse and by the field artillery of the 3rd Canadian Infantry Division, the infantry of Company D at the command of Major Gustave Taschereau seized the locality which was held By elements of the 2nd Battalion of the Grenadier-Regiment 736 (716. Infantry Division).

In the evening, the men of La Chaudière settled in defensive for the night. They are reinforced by the tanks of the Sherbrooke Fusilier Regiment. 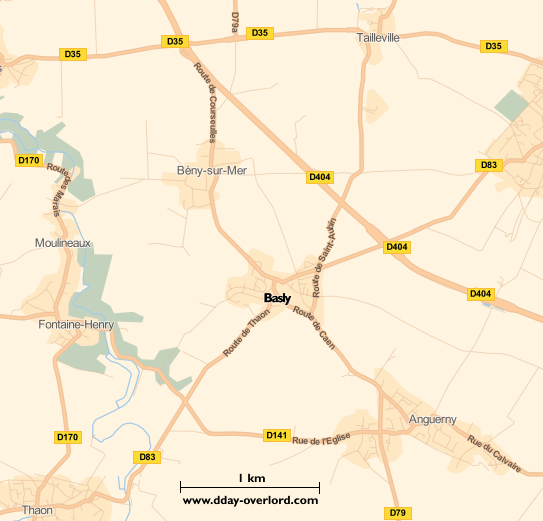