During the Battle of Normandy and the establishment of a large trap in which the Allies hoped to capture several hundred thousand Germans, the Americans plan to close this pocket north of Belfonds. On August 11, 1944, the soldiers of the 2nd French Armored Division under General Leclerc were ordered to reach Carrouges: Major General Wade H. Haislip, commander of the XV Corps to which the French division belonged, Leclerc must cross the western part of the forest of Ecouves, recognize these woods then Belfonds before heading towards Carrouges.

But on August 12, 1944, Leclerc took the initiative to cross the spindle that separated him from the 5th Armored Division east of the forest of Ecouves, encumber the roads of Sées before taking the direction of Belfonds from 13 hours. The tanks of the 501st battle tank regiment (commanded by Colonel Warabiot) and the infantrymen of the 9th “Nueve” Company of the Chad march regiment, led by Captain Dronne, liberated the commune in the early afternoon. They are guided by elements of the French Forces of the Interior (FFI) of the Orne. 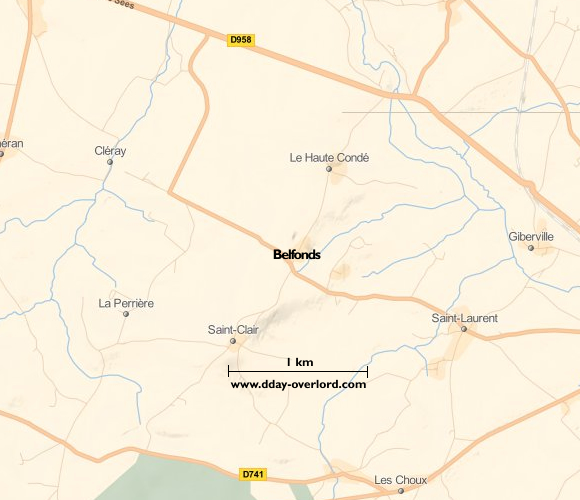