After fighting hard during the night of June 9-10, 1944, at the hamlet of the Crossroads of the Vines aux Gendres against elements of Grenadier-Regiment 916 (352. Infanterie-Division), the 115th Infantry Regiment commanded by Colonel Eugene N. Slappey and belonging to the 29th Infantry Division reached Cartigny-l’Epinay on June 10th and took it.

From 16 June to 5 July 1944, the 820th Engineer Aviation Battalion built an aerodrome called ALG A-5 north-east of Cartigny-l’Epinay. This aerodrome, which operated until September 5, 1944, serves as a base for the fighters of the 404th Fighter Group (84th Fighter Wing, 9th Air Force). 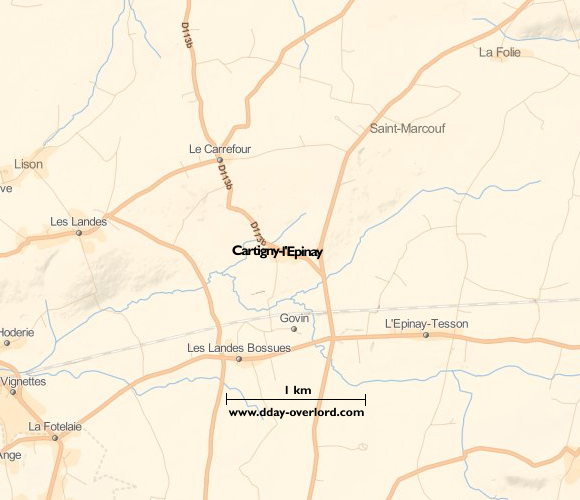