Cauvicourt in 1944 – Calvados – Battle of Normandy

The six weeks of the siege of the city of Caen allow the German forces to fortify the defenses of many communes to the south, and Cauvicourt is one of them. In order to penetrate this enemy front in the direction of Falaise, the British trigger Operation Totalize on the night of August 7 to 8, 1944, which starts with aerial and land bombardments. Cauvicourt is then defended by elements belonging to the 85. Infanterie-Division.

On the night of 8-9 August, the Polish soldiers of the 1st Armored Division (“1 Dywizja Pancerna”) under the command of General Stanislaw Maczek are only one kilometer away from Cauvicourt. The first armored regiment (10th Armored Brigade) commanded by Lieutenant-Colonel A. Stefanewicz launched an assault on the morning of 9 August and the Poles managed to capture the village at noon. They then continue their progression towards Estrées-la-Campagne. 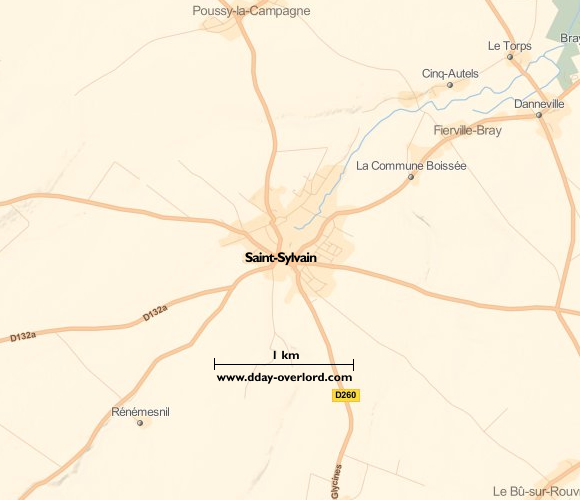