On June 7, 1944, at the end of the day, the English reached the coastal river of Seulles north of Chouain and secured its immediate surroundings for the night after repulsing an armored patrol belonging to the SS-Panzer-Aufklärung-Abteilung 12 (12. SS Panzer-Division “Hitlerjugend”) and led by the Oberscharführer Karl Jura. The German forces which hold Chouain belong to Grenadier-Regiment 726 (716. Infanterie-Division) and Grenadier-Regiment 915 (352. Infanterie-Division).

The next day, 8 June, the tanks of the 8th (Independent) Armored Brigade launched a new offensive and succeeded in seizing Chouain. The infantry of the 151st Infantry Brigade (50th Infantry Division) advance behind the tanks and in turn recognize the locality.

On June 9, 1944, the Panzer Lehr Division reinforced the German lines and counterattacked to National Highway 13: elements reached Chouain and seized it, before being stopped by Allied ground and naval artillery and repelled By the British of the 8th Armored Brigade, which finally took over the village, particularly affected by the bombing. 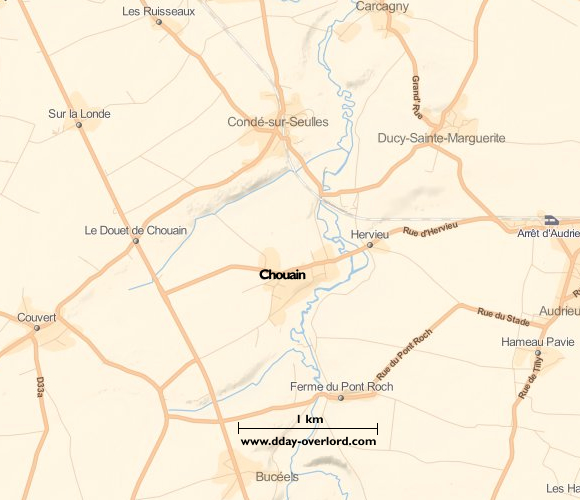