The village of Colomby, defended by the routed elements of Grenadier-Regiment 1057 (91. Infantry Division), is reached by the soldiers of the 90th Infantry Division as of June 17, 1944. Colomby is released that same day by the 3rd Battalion of the 358th Infantry Regiment commanded by Lieutenant-Colonel Jacob W. Bealke. The Americans dig defensive positions for the night and remain stationed until 18 June before returning to the north.

During the day of June 20, 1944, the village of Colomby was occupied by the staff of the 79th Infantry Division commanded by Major General Ira T. Wyche, who temporarily installed his command post there. 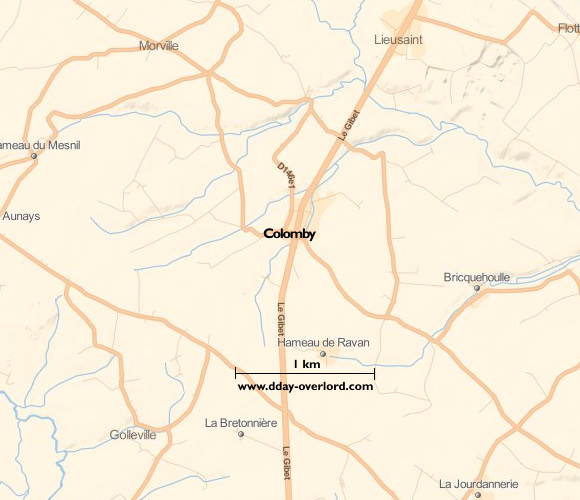