Douvres-la-Délivrande in 1944 – Calvados – Battle of Normandy

The town of Douvres-la-Délivrande in the Calvados is occupied in 1944 by the command post of the 12th Company under the command of the Hauptmann (captain) Hans Gutsche, belonging to the Grenadier-Regiment 736 (716. Infanterie-Division). The Germans installed two radar stations north and southwest of the village which were operational in the autumn of 1943 and nicknamed “Distelfink“. The first station, coded Stützpunkt I (Stp I), is equipped with four radars: two Freya FuMG 80 medium range and two Würzburg Riese FuSE 65 short range. These appliances are powered by generators installed in a specific type L486 shelter, 26.50 meters long. This support also houses the command post of the night hunting “Anton” installed in a construction type L479 with two stages which aims to follow the enemy squadrons and to calculate their trajectories. The second, coded Stützpunkt II (Stp II), includes a Wasserman FuMG 42 (for remote detection) radar built by Siemens and installed on a L480 type construction.

A total of 230 personnel of the Luftnachrichten-Regiment 53 Luftwaffe under the command of Lieutenant Kurt Egle are working there. They are assigned to the maintenance, operation and defense of these sites. The Frey radar is used for detection, while the Würzburg radar is an artillery fire calculator: the combination of these two technologies makes it possible to locate the enemy while simultaneously directing the shots against him. The two sites are surrounded by a large network of barbed wire.

At the dawn of D-Day, the Allied armed forces fired a shot at Dover-Delivrande, which partially destroyed the two radar stations. On June 6, 1944, the British commandos of the Royal Marine Commando (1st Special Service Brigade) were in charge of seizing the sites. But the difficulties they encountered in Lion-sur-Mer delayed them and Dover remained temporarily in the hands of the Germans.

Although the village of La Délivrande was secured on the evening of 7 June, Douvres-la-Délivrande was not secured by the members of N°46 Royal Marine Commando until 8 June 1944. However, the radar station was still inaccessible. In order to continue the progression, the Allies decided to bypass the position and to prepare an attack plan. The surveillance of this pocket of German resistance was entrusted successively to 80th Squad Assault of the 79th Armored Division, N°48 Royal Marine Commando, 5th Battalion The Black Watch and finally N°41 Royal Marine Commando.

On June 17th, the Allies began the final attack of this resistance point with an important artillery preparation. Initially, several diversion assaults were conducted from the west and south by the 77th Squad Assault of the 79th Armored Division. Then the main offensive is triggered: four columns two AVRE tanks and a Crab tank belonging to the 22nd Dragoons and 26th Squad Assault of the 79th Armored Division advance from north to south. The soldiers of the No. 41 Royal Marine Commando follow in the wake. Several tanks are destroyed by mines and by anti-tank guns, but the demonstration of strength of the British pushes the Germans to surrender: nearly 200 soldiers are thus taken prisoner. 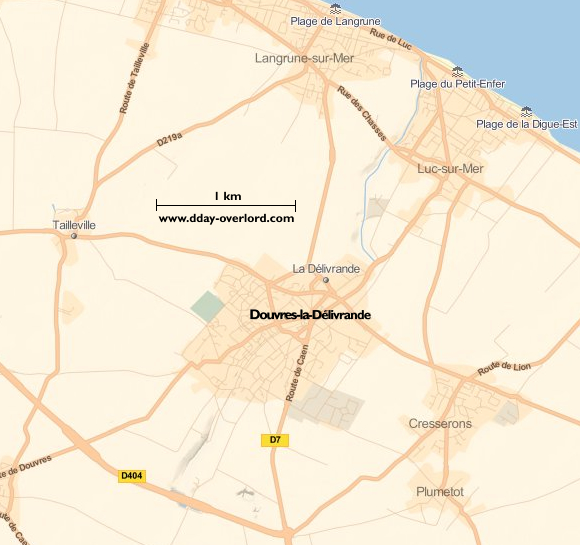