On June 6, 1944, at 2:44 a.m., a stick of paratroopers from Company A of the 507th Parachute Infantry Regiment (82nd Airborne Division) was mistakenly dropped north of the town of Hémevez. At dawn, a quick fight broke out between nine soldiers of the stick and a column of vehicles carrying German soldiers: the parachutists were all taken prisoner. Seven of them were shot by the Germans and then buried in a pit. Ernest Moucel, a resident of Hémevez, discovered the pit, which contained eight soldiers: another paratrooper who had been shot was thrown in by the Germans. With three other inhabitants of the region, he buried them in the communal cemetery.

On June 17, 1944, the town of Hémevez was freed by the soldiers of the 90th Infantry Division.

On February 6, 1945, Ashton J. Landry was summoned to the Supreme Headquarters Allied Expeditionary Force (SHAEF) headquarters in Versailles as part of an investigation by the US military into the sad events of Hémevez. 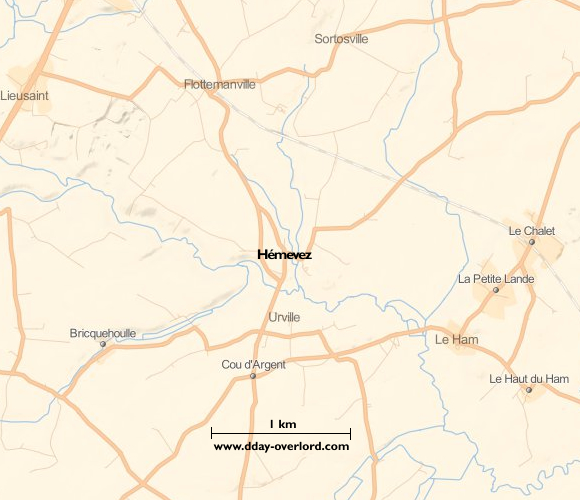