The commune of Hermanville-sur-Mer in the Calvados is occupied in 1944 by the 10th company under the command of the Hauptmann (captain) Heinrich Kuhtz, belonging to the Grenadier-Regiment 736 (716. Infanterie-Division).

On D-Day after the landing on the encamped Queen White area of ​​Sword Beach at the place known as La Breche d’Hermanville, the 1st Battalion South Lancashire Regiment (8th Infantry Brigade) 20 and nicknamed “Cod” by the Allies, then proceeds in the direction of Hermanville-sur-Mer on the only road that allows to escape from the beach to reach the interior of the land.

At nine o’clock, the town of Hermanville-sur-Mer is reached and half an hour later it is secured. Significant traffic problems are subsequently recorded in the area due to the limited number of roads leaving the beach. 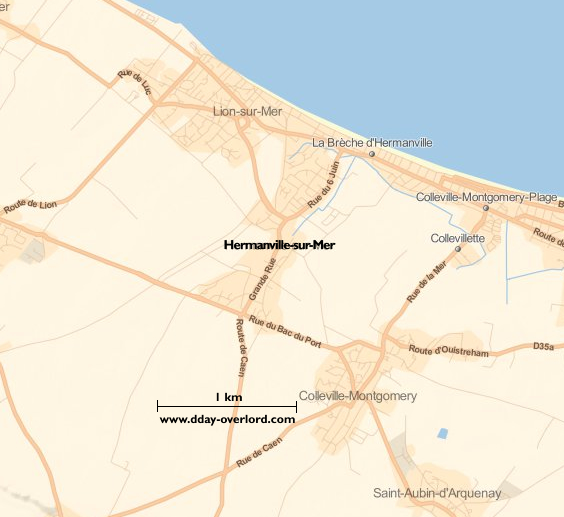