Houlgate in 1944 – Calvados – Battle of Normandy

On D-Day, the commune of Houlgate is occupied by the 7th company of the 2nd Battalion of the Grenadier-Regiment 744 belonging to the 711. Infanterie-Division.

On 17 August 1944, more than two months after D-Day, the British launched Operation Paddle in the direction of the Seine.

On 21 August 1944, the Belgians of the “Piron Brigade” seized Cabourg and continued their advance towards the Seine. The Germans, belonging to the Infantry Division, retreat to a new line of defense, about four kilometers east of Houlgate.

Some soldiers, however, remain in Houlgate through harassment and trapping. Several Belgian soldiers died there despite the absence of adverse coordinated actions. The locality of Houlgate, partially destroyed by the fighting, is released during the day. 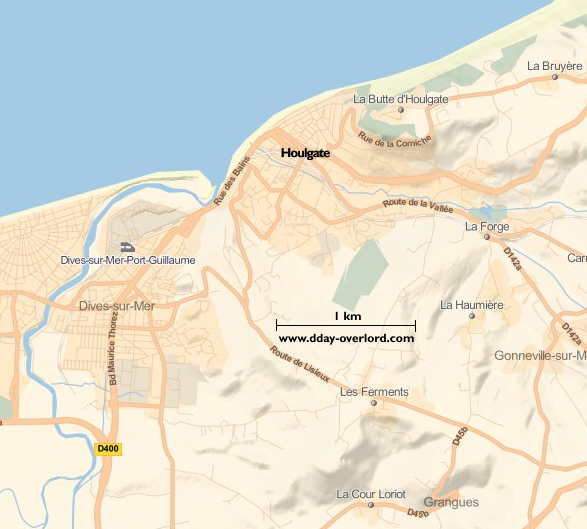