In the spring of 1944, the Germans occupying La Cambe belonged to the command post of the 3rd Battalion of the Artillery-Regiment 1716 (716. Infantry Division).

On the 7th of June, 1944, at the end of the afternoon, the 175th Infantry Regiment (29th Infantry Division) commanded by Colonel Paul R. Goode was ordered to capture La Cambe at National Highway 13. Immediately, The regiment began to move, lit by two companies of tanks of the 747th Tank Battalion. The Sherman tanks arrived on the outskirts of La Cambe around 3 am on June 8, and a first attempt to capture the village was launched at 5:30 am and was repulsed by the Germans armed with formidable anti-tank guns. Throughout the morning, the infantry stormed the enemy lines, while the tanks silenced the German guns, losing one of their tanks in the offensive. During the attack, an American fighter flies over the column of the 175th Infantry Regiment and mistakenly shot the infantrymen and puts off 20 soldiers.

Despite a tough resistance, the Americans seized La Cambe at 9 am and the Germans folded south and west.

During the summer of 1944, the Americans set up a provisional cemetery west of La Cambe, where the bodies of 4,334 US soldiers and 8,574 German military personnel were resting into two squares. The United States repatriated two-thirds of the bodies in 1948, the remaining third being transferred to the Colleville-sur-Mer military cemetery. Only the remains of the German soldiers remained in La Cambe, and in 1954 the French State decided to transfer to this cemetery more than 12,000 German bodies spread out over several provisional cemeteries in the Calvados and Orne discrits. The cemetery was completed in 1961. The exact number of soldiers buried in La Cambe is not known with precision. It could range from 21,200 to 21,400. The most recent information indicates that 21,222 German soldiers rest in this place, 207 of whom unidentified. Regularly, bodies of soldiers of the army of the Reich are discovered in Normandy; they pass through this cemetery before being buried either in Germany or at La Cambe. 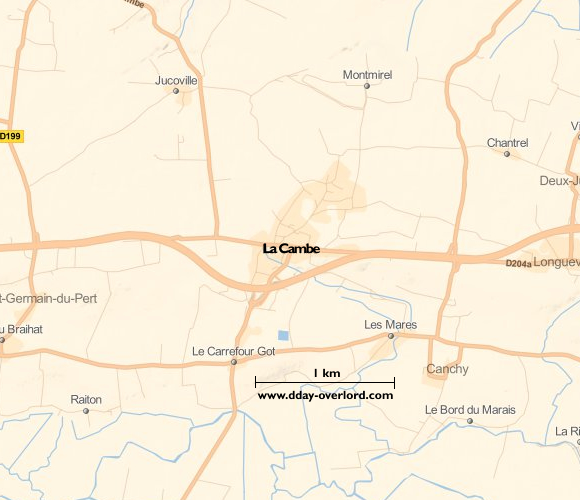