Laize-la-Ville in 1944 – Calvados – Battle of Normandy

The commune of Laize-la-Ville is located at the foot of a high point called crest of Verrieres and that overlooks the area between Caen and Falaise. It is defended by elements of the 272. Infantry Division. In accordance with the plan for Operation Totalize, which was launched on the night of August 7 to 8, 1944, it was the 6th Infantry Brigade (2nd Infantry Division) 6th Armored Regiment – 1st Hussars (2nd Armored Brigade). The people of Saint-Martin-de-Fontenay were assaulted by the Canadians: they had to make a major discovery, capture May-sur-Orne, cross a new discovery and then a steep slope before reaching their goal .

The Germans did not keep their line of defense, and the village was freed by the soldiers of the Fusiliers Mont Royal on the evening of August 8, when they were bombarded during the night of August 7-8. 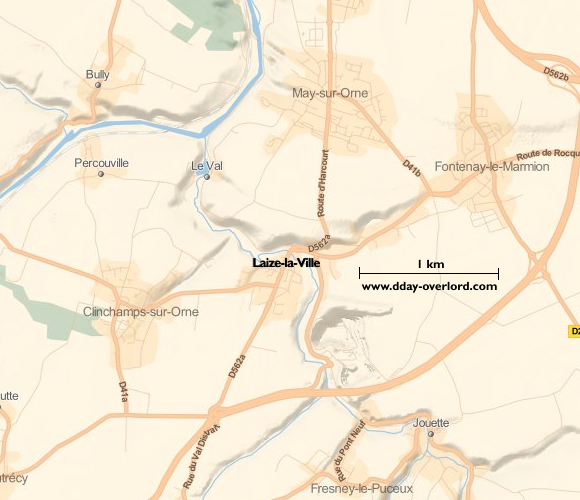