The village of Langrune-sur-Mer is defended by a large anti-tank wall and the support point coded Wn 26 armed by soldiers of the 9th company (commanded by the Hauptmann Kurt Mickish) of the Grenadier-Regiment 736, (716. infantry Division). The Wn 26 consists of a 75 mm FK 231 (f) barrel.

According to the distribution of Allied landing areas, Langrune-sur-Mer belongs to the sector of Sword Beach. However, it is the units that have to land at Juno Beach that are responsible for seizing them. The English Royal 48 Commando soldiers (joining the 3rd Canadian Infantry Division) disembarked at Saint-Aubin-sur-Mer at 8.55 am and advanced rapidly towards Langrune.

Wn 26 poses major problems for the 400 commandos who lose 160 (40%) of theirs during the fighting in Langrune. They were reinforced by Company B of the North Shore Regiment (8th Brigade) as well as by 41 Royal Marine Commando (3rd British Infantry Division) which landed on Sword. The intervention of Centaur tanks does not change the situation.

The German counter-attack launched by Panzergrenadier-Regiment 192 of the 21. Panzer-Division prevents the English from Sword to launch a sufficient number of units in the battle to capture Langrune. If the Germans leave the city on the evening of D-Day, snipers will resist during the day of June 7 before being definitively pushed away. 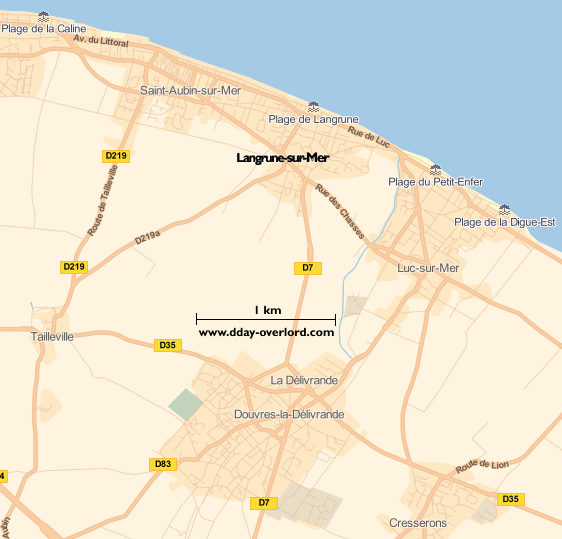