Lantheuil in 1944 – Calvados – Battle of Normandy

In the spring of 1944, the commune of Lantheuil houses the command post of the 2nd Battalion of the Grenadier-Regiment 915 (352. Infanterie-Division) commanded by the Oberstleutnant Karl Meyer.

On D-Day, the Canadian soldiers of the 1st Battalion Canadian Scottish Regiment reached Pierrepont at the end of the afternoon and were ordered to settle there for the night. In the dark, they sent patrols towards Lantheuil but it was not until the morning of June 7 that the village was in the hands of the Allies, although it was only defended by a few snipers.

From June 10 to 21, the Royal Engineers 13th Airfield Construction Group, owned by the 653rd Road Construction Company, built an airfield west of the commune of Lantheuil which is called ALG B-9. It serves as the base for the Royal Canadian Air Force’s 143 Wing, about sixty Typhoons. 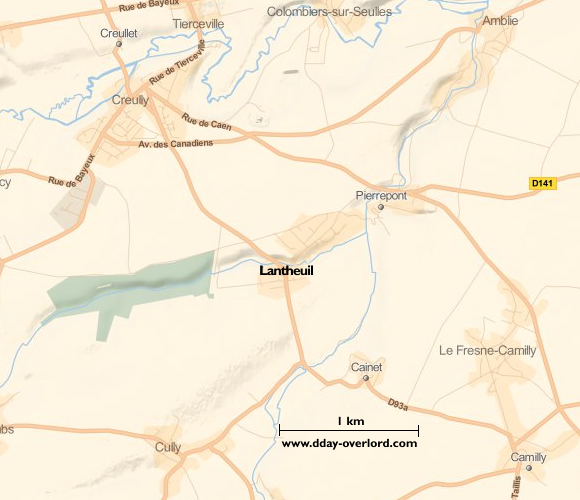