In the spring of 1944, the hamlet of Le Grand Chemin was occupied by some sixty personnel belonging to the Artillery-Regiment 191 (91. Infanterie Division). It is one kilometer northeast of the “C” drop zone, which is shared by the 506th Parachute Infantry Regiment and the 3rd Battalion of the 501st Parachute Infantry Regiment of the 101st Airborne Division. 500 meters south of the hamlet is the Brécourt battery (located near the manor of Brécourt), occupied by the II. Abteilung of the Artillery-Regiment 191 and armed with four howitzers of 10,5 cm leFH 18/40 installed along a hedge.

On the morning of June 6, 1944, the battery of Brécourt was active and opened fire on the American troops which landed on Utah Beach: the paratroopers were therefore in charge of seizing the position and destroying the howitzers. It was Lieutenant Richard D. Winters who received this mission, with a handful of men belonging to the Easy Company of the 506th PIR. He set up armed support, notably by one of his two machine-guns, and divided the rest of the elements into two assault groups commanded by Lieutenant Lynn B. Compton and himself. Winters, in marked net inferiority, knew that the effect of surprise was the best asset of his action. He ordered the opening of the fire which allowed the two groups to move to the base of assault: when the support fire stopped, Winters and Compton stormed the German position while using the trenches network from which they operate from one howitzer to another. Surprised, the Germans were disorganized and reacted late, leaving American paratroopers the opportunity to destroy the guns before retreating. Winters had 4 killed and 6 wounded in his ranks.

The hamlet was completely secured in the late morning with the arrival of landed troops belonging to the 3rd Battalion of the 8th Infantry Regiment (4th Infantry Division). 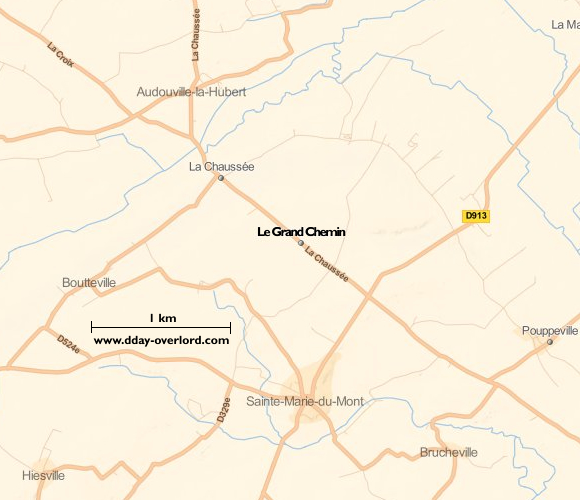