From July 27, 1944, the German front began to collapse and the Americans took advantage of it. After the slow progress of the preceding weeks, they breakthrough. The 90th Infantry Division commanded by Major General Eugene M. Landrum begins its offensive to pin down the German forces in order to prevent them from reorganizing. That same day, a P-47 Thunderbolt fighter-bomber, piloted by Lieutenant Robert Lee Duffy, belonging to the 507th Squadron of the 404th Fighter Group (371st Fighter Group, 70th Fighter Wing, 9th Tactical Air Force) is hit by a German 40 mm shell and crashes at the hamlet of Scellerie in a field belonging to the Laurent family. Duffy manages to eject his plane in flames before it reaches the ground. He was taken prisoner by the Germans.

On July 29th, the 357th Infantry Regiment (90th Infantry Division) commanded by Colonel George H. Barth, reached the outskirts of the hamlet of Le Mesnilbus. The American soldiers seize it and then continue south. 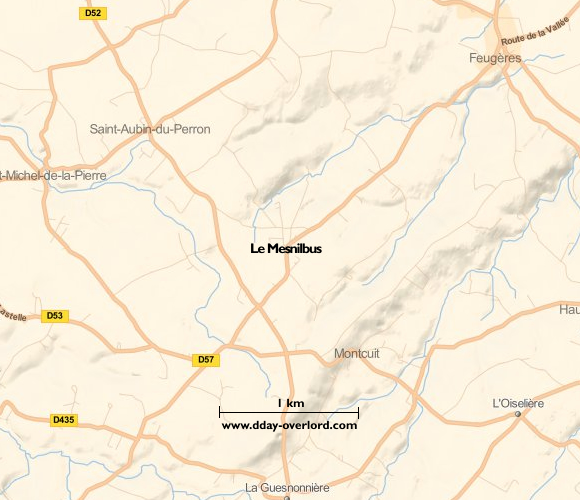