Lébisey in 1944 – Calvados – Battle of Normandy

In 1944, the small commune of Lébisey is located to the northwest of the city of Caen. Today, it no longer exists as such and now belongs to the municipality of Herouville-Saint-Clair.

The initial plan of the Allies foresees the liberation of the hamlet of Lébisey on the evening of Tuesday June 6, 1944 by the British troops of the 3rd division of infantry. But during the onslaught of the beaches, the units fall behind schedule. The British stopped their progression on the evening of D-Day, planning to resume the offensive the next day as part of Operation Perch. The Germans of the 21. Panzer-Division took advantage to install a strong line of defense north of Caen.

On June 7, 1944, the British of the 3rd Infantry Division again attacked: the soldiers of the 2nd Battalion Royal Warwickshire Regiment (185th Infantry Brigade) commanded by Lieutenant-Colonel HOS Herdon sought to seize Lebisey but were unable To cross the German defenses. Noting the impossibility of continuing towards Lébisey then Caen, Major General Tom G. Rennie commanding the 3rd Infantry Division decides to reinforce its units in the west in order to ensure the unity of the line of contact with the 8th brigade infantry. The front stabilizes at the end of the day: the two forces bury and valorize their positions. It takes another month for the situation to change. Indeed, always blocked before Caen on 1 July 1944, the Allies decided to launch a new massive offensive to enter the suburbs of the city and seize it. Before Caen, they must seize Lebisey and its woods. The Germans were reinforced by the 16. Feld-Division (L) which installed a battalion command post at Lébisey.

The British soldiers of the 2nd Battalion King’s Shropshire Light Infantry and the 2nd Battalion Royal Warwickshire Regiment (185th Infantry Brigade), supported by the Staffordshire Yeomanry tanks (on the 8th of July 1944 at 4:30 am, after an exceptional bombardment which lasts all night) 27th Armored Brigade) are mounting the positions defended by the 21. Panzer-Division and the 16. Feld-Division (L). The latter embossed their tanks and upgraded their line of defense for long weeks, leaning on the Bois de Lébisey to benefit from a major camouflage. But the bombardments sprayed the German defenses and completely disorganized the line of contact. King’s Shropshire searched the Bois de Lébisey while the Royal Warwickshire entered Lebisey and seized it. The Germans retreated but continued to apply daytime fires to the British troops, with heavy machine guns as well as Nebelwerfer rockets.

The battalion command post of the 16. Feld-Division (L) is under British control and Brigadier K. P. Smith’s 185th Infantry Brigade is progressing towards Hill 54, the last high point before entering Caen. 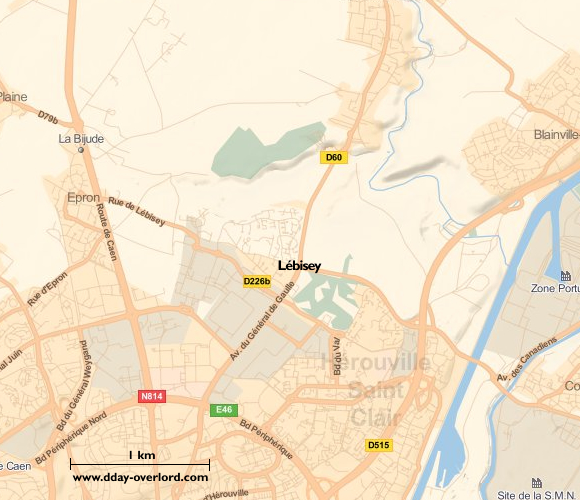