As part of Operation Perch, which aims to capture the city of Caen, the 50th Infantry Division launched an important offensive on 8 June, directed towards the communes of Saint-Pierre and Fontenay-le-Pesnel. But the Germans of the Panzer Lehr Division and the 12th Panzer-Division Hitlerjugend hold on, retreating along a line passing through Saint-Pierre and the hamlet of the Hauts Vents.

On June 10, after an artillery preparation, the English of the 24th Lancers counterattack between Saint-Pierre and Les Hauts Vents but fail to break through the front line.

It was not until the tactical withdrawal started by the Germans on June 15th, at departmental level 9, that a company of the 4th Battalion The Lincolnshire Regiment belonging to the 146th Infantry Brigade, the 49th Infantry Division captured the Hauts Vents on the night of 15 to 16 June. 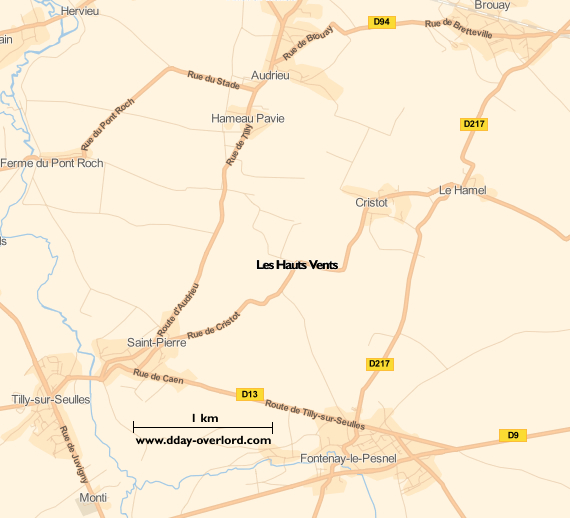