Magneville in 1944 – Manche – Battle of Normandy

On June 17, the 39th Infantry Regiment (9th Infantry Division) commanded by Colonel Harry A. Flint reached Magneville and captured it. The next day, advancing towards the south-west, he pushed a column of Grenadier-Regiment 1049 (77. Infanterie-Division) under the orders of the Oberst Rudolf Bacherer.

On 13 July, the 28 bodies of the victims of the two crashes were transferred to the US military cemetery at Blosville. Today, 6 of the 18 paratroopers are buried in the Colleville-sur-Mer cemetery, where most of the American soldiers killed in combat have been buried. 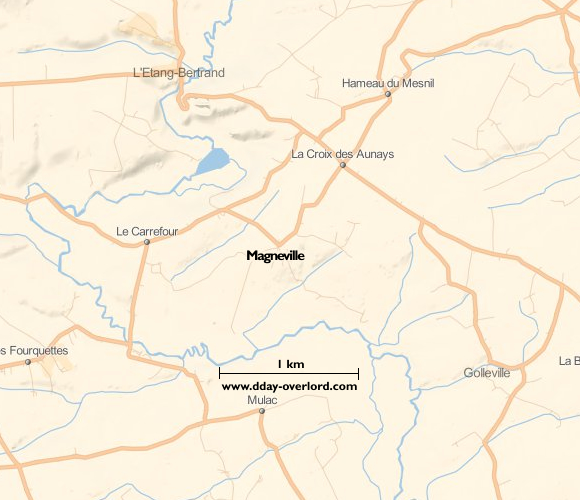