Plumetot in 1944 – Calvados – Battle of Normandy

In the afternoon of D-Day, German tanks of the 21. Panzer-Division managed to advance near the departmental road 222 north of Plumetot in the direction of Sword Beach before turning back.

The commune of Plumetot in Calvados is liberated on the afternoon of June 7, 1944 by the 3rd English infantry division which does not meet any particular opposition.

The British built on the south of this locality (on the lands belonging to the commune of Mathieu) an aerodrome which is coded B-10 by the Allies. Operational since June 10, 1944, it is a privileged target for the Germans and some shells fall regularly near the houses of Plumetot. This is particularly the case on the night of July 6-7, 1944 when an artillery fire kills the Requis family. 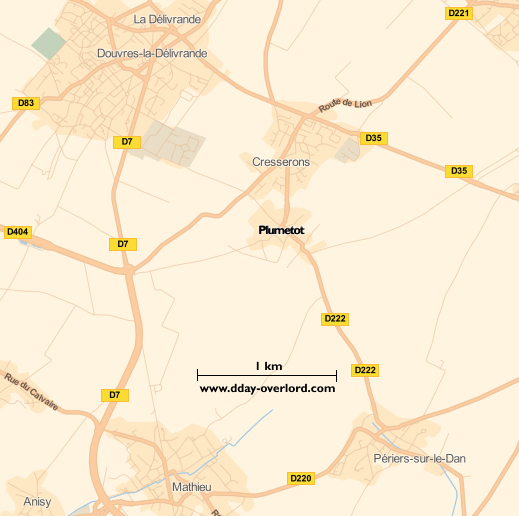