In the early hours of June 6, 1944, 8 sticks of paratroopers belonging to the 3rd Battalion of the 501st Parachute Infantry Regiment (101st Airborne Division) are dropped by mistake in the Saint-Jores area, more than 13 kilometers from the drop zone planned.

A month later, on July 3, 1944, the VII Corps commanded by General Collins launched an offensive aimed at piercing the front to the south of the Cotentin after the liberation of Cherbourg. The Germans set up a solid defensive line called “Mahlmann Line” by the name of Generalleutnant Paul Mahlmann, commander of the 353. Infanterie-Division, who imagined it. In the progression area of ​​the 90th Infantry Division, the 1st Battalion of the 358th Infantry Regiment commanded by Colonel Richard C. Partridge reached the northeast shores of Saint-Jores and managed to enter the town on July 4th. However, it must retreat following a German counter-attack led by the 77. Infantry-Division with the support of armored vehicles. The fighting continued throughout the day and, despite heavy losses, the Americans managed to seize definitively the town of Saint-Jores at nightfall.

A few weeks after the liberation of Saint-Jores, a camp of German prisoners is installed in the area of ​​the commune. 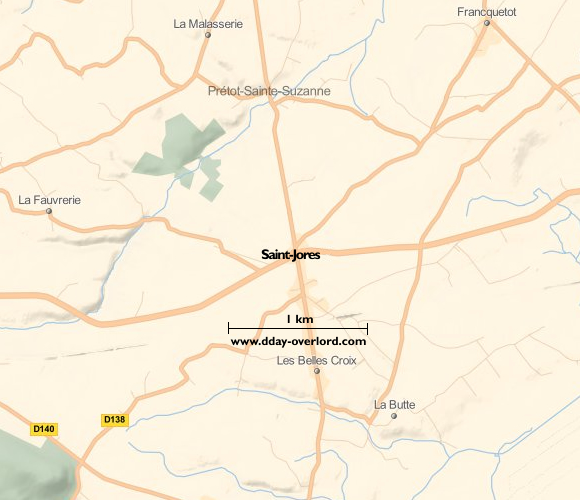