On 1 June 1944, the village of Saint-Martin-de-Blagny in Calvados was occupied by elements of the Pionier-Bataillon 352 (352. Infanterie-Division) commanded by the Hauptmann (captain) Paul Fritz who installed his post Command in this town. Only a few days after the landing of the Allies, Grenadier-Regiment 916 (352. Infanterie-Division), commanded by the Oberst Ernst Goth, retreated and crossed Saint-Martin-de-Blagny; Totally disorganized because of its losses, it does not offer tangible resistance to the Americans of the 2nd Infantry Division who are advancing from Omaha Beach to the south.

The Americans reached Saint-Martin-de-Blagny on 10 June 1944 and seized it before continuing in the direction of Trevières. 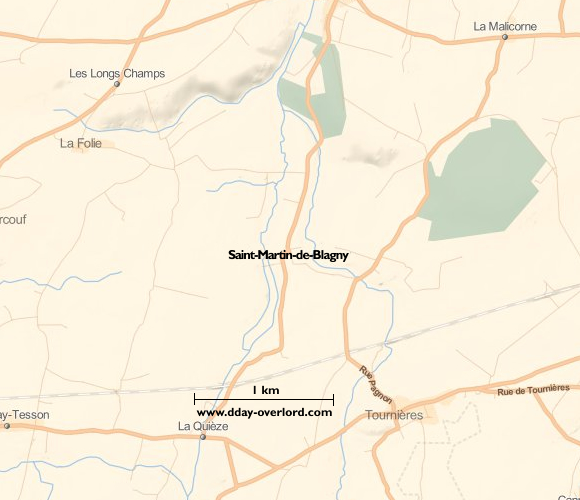