On the night of June 5-6, 1944, a Horsa glider of the 6th Airlanding Brigade engaged in Operation Tonga (British Airborne assault east of the Orne river) crashed at the Bois de Saint-Vaast-en-Auge in the Calvados. Five paratroopers are killed in the crash.

More than two months later, the British launched Operation Paddle in the direction of the Seine.

On the night of 21-22 August 1944, the British and Belgians of the “Brigade Piron” (attached to the 6th British Airborne Division) jostled a line of defense put in place by the 711. Infantry Division, Auberville. The 6th Airlanding Brigade exerts constant pressure on its opponents and continues its progress despite the density of traps set up by the Germans. The regiments of the 12th Battalion Devonshire and the 2nd Battalion Oxfordshire and Buckinghamshire (6th Airlanding Brigade) seize Saint-Vaast-en-Auge and continue their progression towards the Seine river. 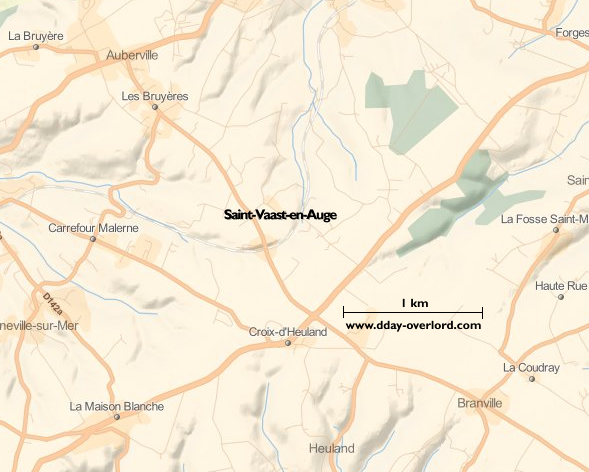