Sainte-Croix-sur-Mer in 1944 – Calvados – Battle of Normandy

Reinforced by a company of the 1st Bn Canadian Scottish Regiment and supported by the tanks of the 6th Canadian Armored Regiment (1st Hussars), the Royal Winniped Rifles approaches the commune of Sainte-Croix-sur-Mer in front of the German defenders belonging to the 2nd battalion of the Grenadier-Regiment 726 (716. Infantry Division) and captured it late in the morning.

As of June 7, 1944, the engineers of the Royal Engineers 24th Airfield Construction Group began setting up an airfield north of Sainte-Croix-sur-Mer which is called ALG B-03. It is one of the first operational airfields of the Royal Air Force in Normandy. 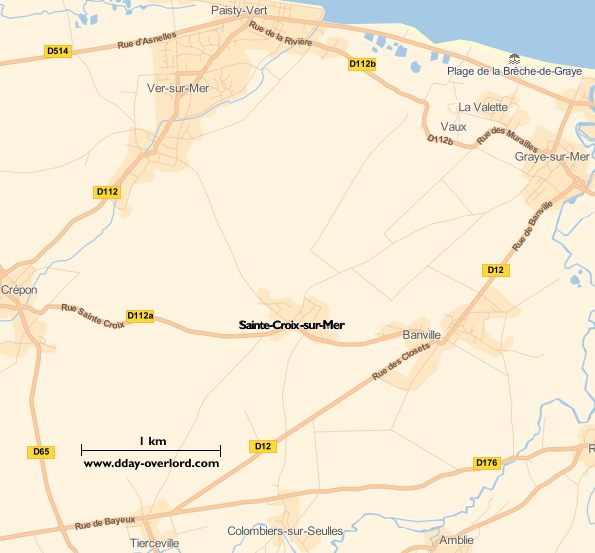