Sainte-Honorine-des-Pertes in 1944 – Calvados – Battle of Normandy

The village of Sainte-Honorine-des-Pertes and its beach are defended by the Wn 59 strongpoint. The Germans stationed in this village belong to the 2nd company of the Grenadier-Regiment 726 (716. Infanterie-Division).

In the spring of 1944, when the Allies prepared for the Normandy landing, they defined two fueling points for each pipeline pending the capture of Cherbourg and its deep-water harbor. One must be located at Port-en-Bessin, the other at Sainte-Honorine-des-Pertes.

From June 9, 1944, the Allies put in place their system of refueling called “Minor System”: two pipes with a diameter of 15.24 cm (6 inches) and a length of one kilometer are installed at sea in front of Sante-Honorine-des-Pertes (forming a sealin). They are connected to the fuel tanks at Mount Cauvin east of Etreham. Oil tankers of all sizes can thus unload their fuel from the sea by connecting the pipelines (kept on the water surface by buoys) to their hold. The first deliveries were made on 16 June 1944 and the dismantling of the installations began on 10 October 1944. 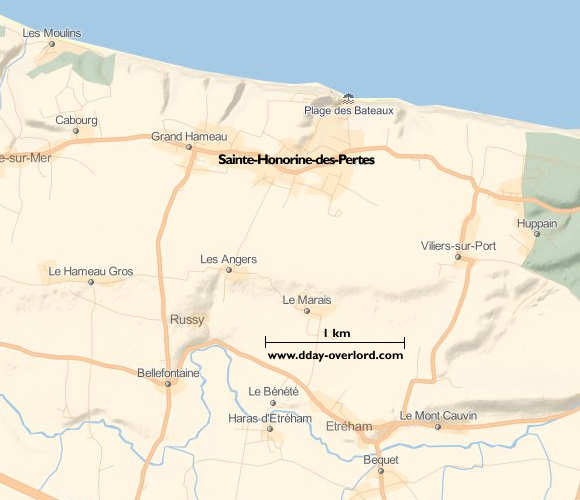