Sainte-Marguerite-d’Elle in 1944 – Calvados – Battle of Normandy

After the terrible fighting night from June 9 to 10, 1944, at the Carrefour des Vignes aux Gendres, which caused heavy casualties (especially its commander, Lieutenant-Colonel Warfield), the 2nd battalion of the 115th Infantry Regiment is being reinforced by 110 new recruits and is now commanded by Lieutenant-Colonel Sheppe. The unit resumed its advance in the direction of Sainte-Marguerite-d’Elle in preparation for the crossing of the Elle river: the Germans folded along the south shore and did not offer any particular opposition, enabling the 2nd Battalion to seize the commune during the afternoon of 10 June.

On 11 June the 1st and 2nd battalions of the 115th Infantry Regiment were placed in reserve in the village while the 3rd battalion was preparing to cross the Elle river the next day. 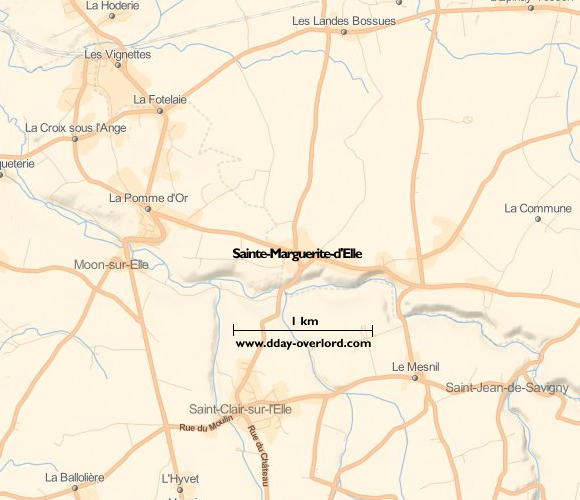