Tailleville in 1944 – Calvados – Battle of Normandy

The commune of Tailleville in Calvados was occupied in 1944 by the command post of the second battalion of the Grenadier-Regiment 736 (716. Infanterie-Division) under the command of Hauptmann (captain) Deptolla. The Germans are installed at the fortified Wn 23 strongpoint located at the castle of Tailleville. Its defensive system, armed by the 8th company commanded by Hauptmann Johann Grzeski, consists of an extensive network of trenches, tunnels and several Tobruks equipped with machine guns.

On June 6, 1944, the Tailleville area was one of the objectives of the North Shore Regiment (8th Infantry Brigade). The soldiers of Company C of Major Daughney reach the outskirts of Tailleville in the early afternoon and are greeted by a particularly violent fire. The 8th Company opposes Grenadier-Regiment 736 a fierce resistance. The North Shore Regiment is supported by thirteen tanks of the 10th Cavalry Regiment Fort Garry Horse (2nd Armored Brigade). The fighting continued until nightfall before the German position finally fell into the hands of the Allies: 34 Canadian soldiers were killed and 90 wounded during the liberation of Tailleville. 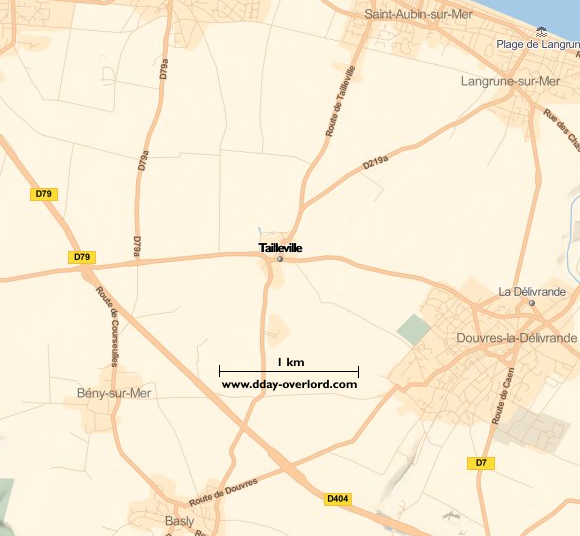