In the spring of 1944, the town of Tierceville was occupied by elements belonging to the 2nd Battalion of the Grenadier-Regiment 915 (352. Infanterie-Division) commanded by the Oberstleutnant Karl Meyer.

On August 23, 1944, the English engineers of the 179th Special Field Company, Royal Engineers, built a monument in Tierceville, inspired by the Eros statue at the Piccadilly Circus roundabout in London. The monument was renovated in 1971 and is still present today. 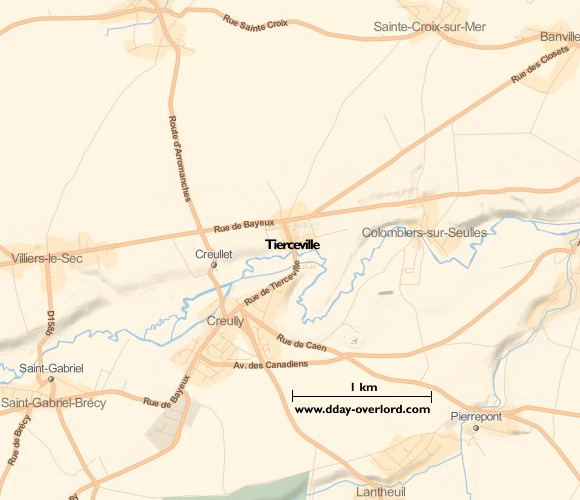