Tournières in 1944 – Calvados – Battle of Normandy

On 10 June 1944, the 38th Infantry Regiment (2nd Infantry Division) commanded by Colonel Walter A. Elliot reached the outskirts of the village of Tournières and seized it. The German soldiers of the Grenadier-Regiment 916 (352. Infanterie-Division) fell back in disorder, being totally disorganized because of their numerous losses since the beginning of the disembarkation.

As of August 7, 1944, General Eisenhower commanding Allied forces in Europe had his staff installed on the lands of Tournières. This command post, coded CP 21 “Shellburst”, is the first to be installed on the European continent. Eisenhower received, among other personalities, the English Prime Minister Winston Churchill, the English general Montgomery as well as the French generals of Gaulle and Koenig. 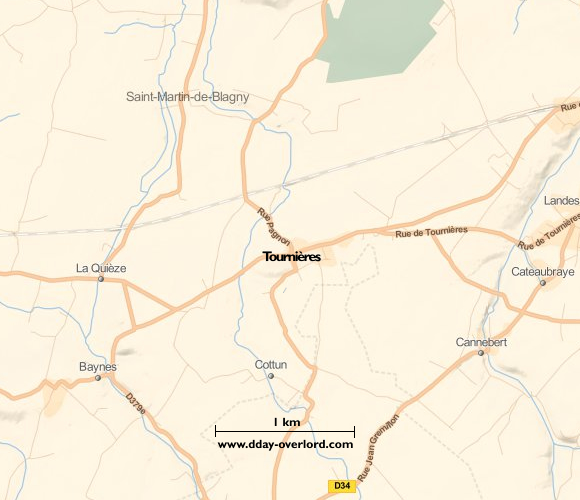