On June 26, 1944, the British launched Operation Epsom, which aimed to pierce the front to the southwest of Caen and to seize the bridges over the Odon. After heavy fighting in the area of ​​the commune of Cheux, the 15th Infantry Division progresses from 27 June to Odon and in particular to Tourville-sur-Odon. The infantry of the 2nd Gordon Highlanders, followed by the 2nd Argyll & Sutherland Highlanders, supported by tanks of the 23rd Hussars (29th Armored Brigade, 1th Armored Division) stormed the village where they were confronted with the German tanks of the 1st Company, Panzer-Regiment 3 of the 2. Panzer-Division and the soldiers of the 15th SS Panzer-Grenadierregiment 25 (SS Panzer-Division Hitlerjugend) which offer a fierce resistance. Despite terrible losses, the British managed to repel their opponents and seize Tourville-sur-Odon.

The 2nd Argyll & Sutherland Highlanders advance in the middle of the afternoon towards the south to take the precious bridge of Tourmauville on the Odon which is reached around 17 hours. 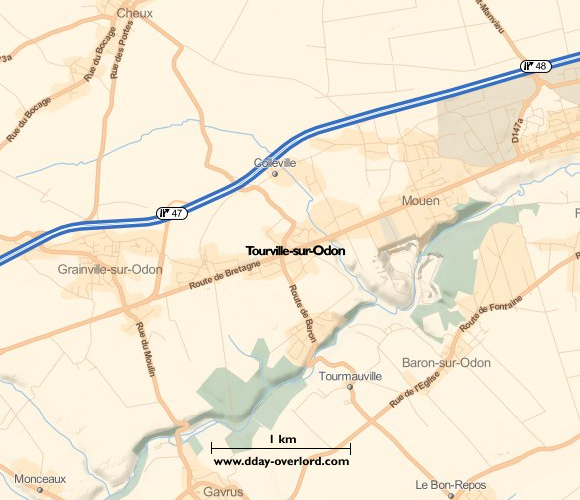