D-Day and Battle of Normandy filmography 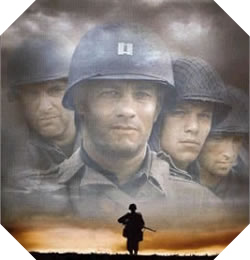 Steven Spielberg’s film Saving Private Ryan is a fictional story, but it is partially inspired by a true story: that of the Niland brothers, American soldiers who died in action during World War II.

The adaptation of this story has allowed the American director to design a film on a period to which he pays particular attention: the Second World War, and more particularly the history of the Battle of Normandy, in which very many soldiers threw themselves at the risk of their lives.

This film presents during the first 20 minutes the landing of American troops on Omaha Beach, in all its atrocity. But, unlike the film The Longest Day, this feature by Steven Spielberg truly aims to show a page of our History in a realistic and faithful manner.

The D-Day Overlord.com site investigated this film in order to find out its true historical value with D-Day veterans, the best placed to inform us. You will find the conclusion of this work in the “Film-History Relations” section. In addition, discover the film’s summary, its photo gallery and Saving Private Ryan’s products – Saving Private Ryan.