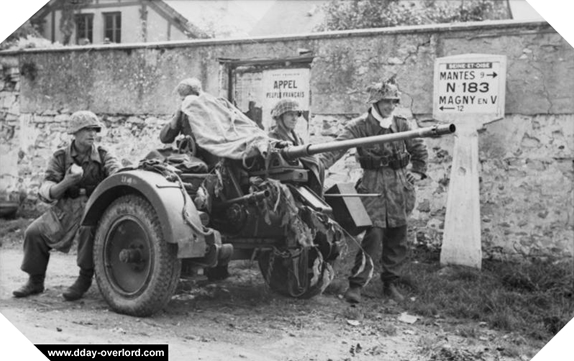 Originally developed for the German war navy, the Kriegsmarine, the 20 mm C/30 gun must be capable of firing 20×138 mm shells and provisionally equipped with bombers such as the Heinkel He 112 for experimental purposes.

Especially effective, Rheinmetall is studying how to adapt this gun for the Army and is developing the 20 mm Flak 30 then the 20 mm Flak 38 by improving the rate of fire to 220 rounds per minute . It was adopted by the German Army in 1938. A lighter version was built by Mauser for mountain troops and parachutists to offer anti-aircraft protection: the 20 mm Gebirgsflak 38 (or 20 mm GebFlak 38) Which entered service in 1942.

With the introduction of the 37mm shell, capable of striking at a distance greater than the 20mm ammunition, the Flak 38 was almost no longer used, but the military engineers developed the 20mm Flakvierling 38, consisting of four guns, seats and ammunition boxes. The cannons can be shot by pair or at the same time, in automatic or semi-automatic mode, reaching 2,200 meters. They are installed on chassis such as the Opel Blitz, submarines or in protection of sites on concreted sites, such as along the Atlantic Wall.

While the use of these guns is devoted to air-combat, many of them are used against infantry on a horizontal site, notably during the Battle of Normandy, both when protecting fulcrums (as on the Pointe du Hoc or the Maisy batteries) than in the fights of the hedges with the armaments mounted on vehicles. 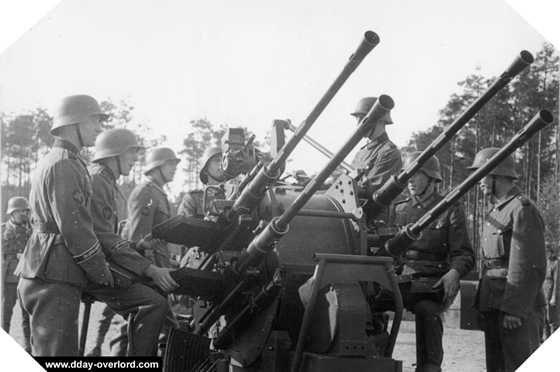