History of the Elefant tank destroyer – SdkfZ 184 – Battle of Normandy 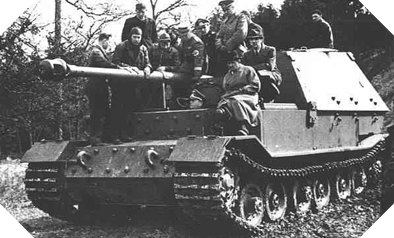 At the beginning of the Second World War in Europe, the German Army learned first of the tank battles it had fought in France and Poland. Aware of its weakness in the field of armored vehicles, Germany wants to equip itself with a heavy tank, called “tank destroyer”.

After the work carried out by the German armament engineers, the prototype of the tank SdKfz 184 was built in 1942. In July of the same year, production began, and this huge tank was nicknamed “Ferdinand” (in memory of Dr. Ferdinand Porsche), but also “Elefant” (elephant), in connection with its weight.

Hastily built in anticipation of the German offensive towards the Soviet Union, the first specimens had to face many technical problems, which military engineers were unable to solve.

However, the Ferdinand/Elefant tank is deployed on the eastern front and is particularly effective against Soviet tanks. Despite these successes, he did not at that time have a close anti-infantry defense weapon, and many Soviet infantrymen managed to destroy SdKfz 184 tanks, notably during the Battle of Kursk, where the “Elefants” are engaged for the first time.

The subsequent versions of this tank destroyer will thus be equipped with two heavy machine-guns MG 34. However, its exorbitant price and its slowness will push the German army to produce only a very small quantity of this tank SdKfz 184: four copies only are still available at the end of the war in 1945.

This tank did not participate in the Battle of Normandy