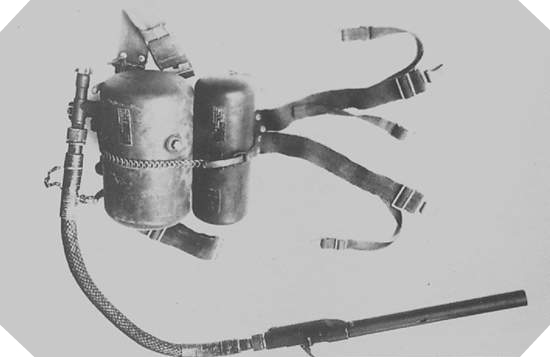 During World War II, the Germans sought to replace their flaming-flamethrower model Flammenwerfer 35. In 1941, they developed a new modernized version of this aircraft bearing the name “Flammenwerfer 41”.

The improvements in model 41 mainly relate to its weight (reduced to 28.7 kg instead of 35.8 kg) as well as its practical range (which reaches 32 meters instead of the 25 meters of model 35) Use of a new fuel which is a mixture of tar and gasoline called “Flammöl 19“.

The first versions of the FmW 41 model are equipped with a gun-projector with the appearance of a conventional rifle in order to deceive the enemy on this arming and its actual capabilities. It was used until the end of the Second World War and especially during the Battle of Normandy.