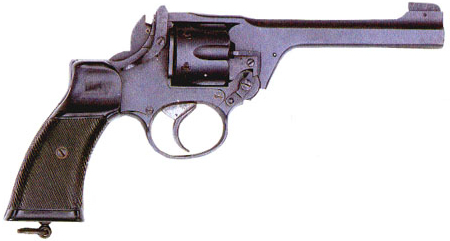 The design of the Enfield Mk I pistol is inspired by the Webley Mark VI pistol, already in the British Army, but which the British want to replace.

The Enfield Mk I pistol was produced between 1926 and 1927 by the Royal Small Arms Factory located in Enfield, Great Britain.

The Enfield Mk I, equipped with a six-barrel barrel, entered service in the British Army in 1932.

A new model is also produced from 1942, denominated Enfield Mk I **. The main modification is that the weapon is easier to use and maintain.