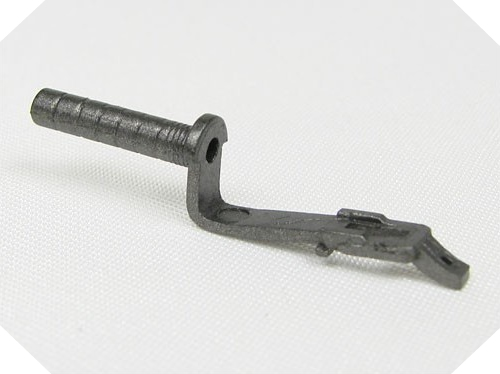 The advantage of using a grenade launcher is twofold: on the one hand, it allows a grenade to be thrown at a much greater range than at the force of the arms, and on the other hand it avoids The soldiers to expose themselves by throwing their grenade.

At the beginning of the Second World War, the United States was already equipped with M1 model grenade launchers (for the M1903 Springfield rifle) and M2 (for the Enfield M1917 rifle). But with the arrival in 1943 of the Garand as a generalized weapon of endowment to all the infantry, a new grenade launcher must be generalized.

The Americans are developing the M7 model, which is housed directly in the Garand’s cannon and can fire several grenades with the use of a special white cartridge (model M3 .30-06) as a thruster. The firing range varies according to the angle of fire and the type of pomegranate used; On average, the projectile is sent about 250 meters away. The combat sections of the American infantry are then equipped with three M7 each.

The grenades used are either hand grenades (such as Mark II frag) or grenades specially designed for use with the grenade launcher (eg the M11A3 rifle grenade). Often, the M7 is removed from the barrel immediately after firing in order to use the Garand and in the precipitation of the fighting, many grenade launchers are forgotten on the ground by their users. This is particularly the case during the battle of Normandy during which the American armies even face a worrying deficit of grenade launchers M7.

The same model of grenade launcher is used for the USM1 rifle and carries the name M8. The latter uses blank cartridges model M6 .30 Carbine.

The M7 grenade launcher was used by the US Army until 1957 and was also used, under modernized versions, in the Korean War.

Fixing: Placed in the barrel of the Garand, holding with the housing of the bayonet