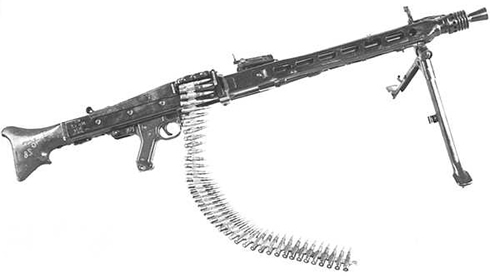 Created in 1942 (hence its name) by the German firm Johannes Grossfuss AG, this heavy machine-gun must succeed the MG 34. The MG 42 has the fastest firing rate of all the machine guns of the Second World War with 1,800 rounds/min for some versions).

An improved version of the MG 42, the MG 42V, baptized fire during the Battle of Normandy, from 6 June 1944. Its weight was reduced to 9 kg only.