ALG B-16 – Villons-les-Buissons – Airfields in Normandy

This page presents the history of ALG (Advanced Landing Groud) B-16, used by the Royal Air Force during the Battle of Normandy. 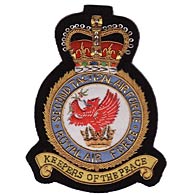 Construction: from July 13 to 20, 1944 by the Royal Engineers 25th Airfield Construction Group

The construction of the ALG B-16 runway poses serious problems for the sappers of the 25th Airfield Construction Group who have to cope with a terrain polluted by numerous mines and other battle relics. If the works are officially completed on July 20, 1944, they continue however until August 10.

This aerodrome is the base of 132 Wing, which is armed by two squadrons of Norwegian volunteers serving in the Royal Air Force.

– Monument in memory of the Norwegian squadrons in Villons-les-Buissons.