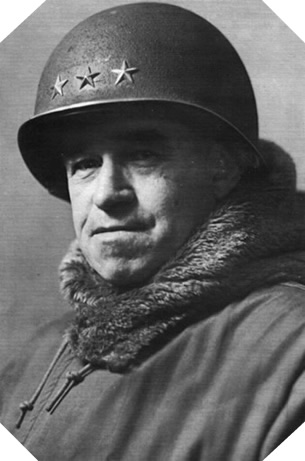 Omar N. Bradley was born in 1893 in the city of Clark, Missouri, in the United States.

He graduated from the West Point Military School during the First World War in 1915. In the early years of his career, he became Commander of the Infantry School in Fort Benning, Georgia, and then Commander of the 82nd Division. Airborne and the 28th Infantry Division.

His first military actions of the Second World War took place in North Africa, under the command of General Patton. Bradley is behind the capture in May 1943 of Tunisia and nearly 250,000 German soldiers. Then he embarks on the conquest of Sicily that he occupies in August 1943.

A few months later, Bradley was called to England, with the aim of preparing for the invasion of northwestern Europe and commanding the 1st US Army Corps under the command of the British General Bernard Montgomery, who must begin this invasion.

On June 6, 1944, Bradley is on the battleship USS Augusta and observes the landing on the beaches of Utah Beach and Omaha Beach. The situation on Omaha is so disastrous that he even thinks to interrupt the landing on this beach, re-embark the American troops and redirect them to Gold Beach. But the boats are not sufficient to allow such an operation. Thus he continues the operation which results in a semi-successful, the American losses being extremely high.

Later, in August 1944, he took command of the 12th Army Group, then composed of the 1st, 3rd, 9th and 15th Armies, the largest group ever formed by the Americans.

After the war, Omar Bradley returned to the United States and took care of the US Department of Veterans Affairs between 1945 and 1947, during which time he became a fourth general star. From 1948, until 1949, he was the supreme leader of the American armies, replacing Dwight Eisenhower.

Bradley is a senior officer highly appreciated by his colleagues, both officers and men of the rank. Thus, in 1949, he became the first president of the chiefs of staff. At the end of his career, in 1950, he was appointed General of the US Army.

In 1951 he published his memoirs, entitled A Soldier’s Story. Returning to civilian life in 1953, he then worked in a private company. Omar Bradley dies in 1981 in New York. He is buried at Arlington National War Cemetery, Virginia.

In 1983, two years after his death, in 1983, another volume of his memoirs: “A General’s Life” is published  thanks to the work of Clay Blair made from Bradley’s manuscripts.