On August 14, 1944, the Anglo-Canadians launched Operation Tractable, which aims to close the encircling pocket trapping the Germans on their way to Falaise. On August 15, the Hallamshire Battalion of the 146th Infantry Brigade (belonging to the 49th Infantry Division West Riding of the 1st Canadian Army) is stationed south of the Plain of Caen, in front of the communes of Airan and Billy, in the Auge district. This regiment, positioned west of the Tractable operation, is commanded by Lieutenant-Colonel Trevort Hart-Lyke.

On the same day, Hart-Lyke received orders to seize these two localities. At first, the British seize Billy without fighting: the town is completely abandoned by the adversary. In the aftermath, the Hallamshire Battalion progresses to Airan but can not get hold of it until the next day. 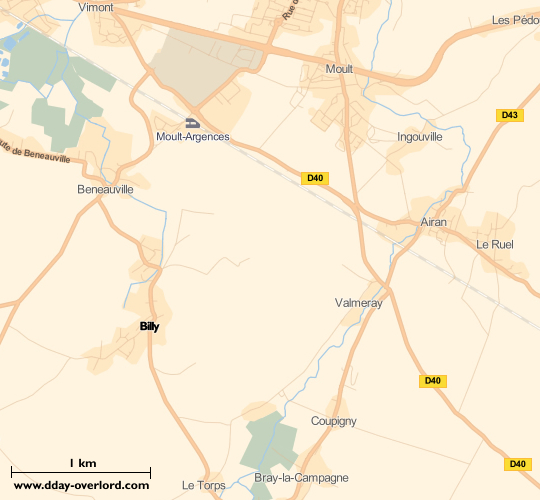