On June 9, 1944, the village of Blay in Calvados was attacked by the 1st Infantry Division commanded by Major General Clarence R. Huebner. Defended by the Germans of Grenadier-Regiment 916 (352. Infantry-Division), this town was liberated by the Americans of the 26th Infantry Regiment during the day.

General Bernard Montgomery (commander of the allied land forces on D-Day and then the 21st Army Group during the Battle of Normandy) installed his command post east of Blay from 23 June to 3 August 1944. He received General Eisenhower, Commander-in-Chief of Allied Military Forces in Europe, notably on 26 July 1944 (see photo below).

26 July 1944: generals Eisenhower and Montgomery in full discussion in a camouflage encampment. 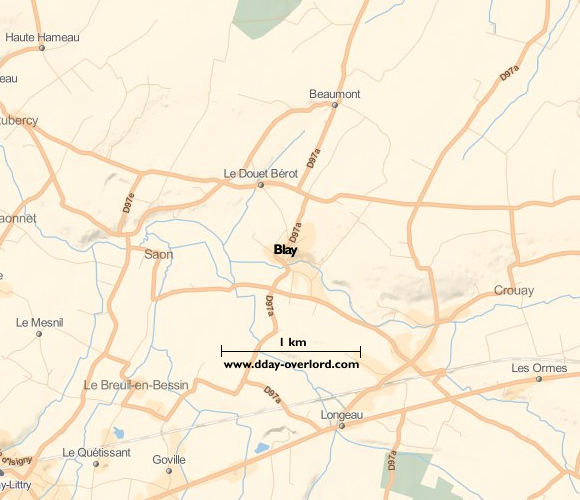