Blonville-sur-Mer in 1944 – Calvados – Battle of Normandy

On 17 August 1944, more than two months after D-Day, the British launched Operation Paddle in the direction of the Seine. The Belgian and Luxembourg soldiers of the “Piron Brigade” (1st Belgian independent group led by Colonel Piron and attached to the 6th Airborne Division) are in the front line in the race towards the Seine.

On August 22, the progress of the Allies towards Deauville is made difficult because of the specificity of the terrain. This one is particularly compartmental and the important relief, dominated by Mount Canisy. The Piron Brigade is divided into two parts: the 3rd Company is advancing along the coastal road alongside the 1st Battalion Royal Ulster Rifles (6th Airlanding Brigade, 6th Airborne Division) while the 1st and 2nd companies skirt the relief by the south- East. 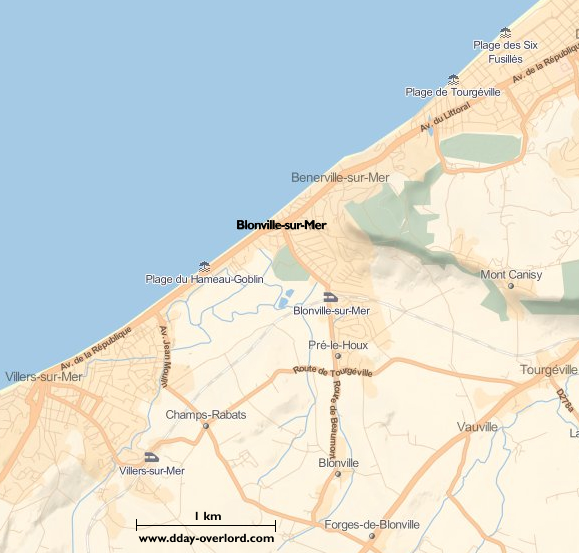