Branville in 1944 – Calvados – Battle of Normandy

More than two months after D-Day, the British launched Operation Paddle in the direction of the Seine.

On the night of August 21-22, 1944, the British and Belgians of the “Piron Brigade” (attached to the 6th British Airborne Division) jostled a line of defense set up by the 711. Infantry Division, Auberville. The 6th Airlanding Brigade exerts constant pressure on its opponents and continues its progress despite the density of traps set up by the Germans.

In the Branville area, a high point (grade 138) stands out in the region and is part of the objectives of the 6th Airlanding Brigade. The regiments of the 12th Battalion Devonshire and the 2nd Battalion Oxfordshire and Buckinghamshire managed to seize it on August 22 while freeing Branville. 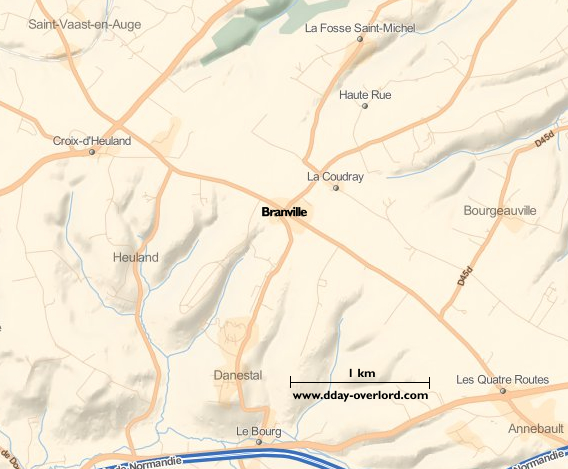