From July 4 to 5, 1944, the Canadians launched Operation Windsor, which aimed to capture Carpiquet and its precious aerodrome, and they struggled against an enemy firmly entrenched and determined to defend his position dearly. After furious fighting which caused heavy losses to the Allies, the 12. Panzer-Division “Hitlerjugend” still holds the aerodrome. Starting July 8, a new operation was launched, called Charnwood. After an extraordinary artillery preparation, the British and Canadian forces launched an attack across the Caen area. On July 9, the aerodrome is in the hands of the 3rd Infantry Division and its leader, Major General Rodney Keller, wants to continue the progression, considering that the Germans have retreated south of the Odon.

At 1525, the North Shore Regiment (8th Infantry Brigade) commanded by Lieutenant-Colonel D.B. Buell moved to Bretteville-sur-Odon, supported by tanks of the 10th Armored Regiment Fort Garry Horse (2nd Canadian Armored Brigade). Companies A and C of the North Shore advance in the first step, followed by companies B and D. The differences between the units are voluntarily important because of the open nature of the land. At the approach of the motorized reconnaissance section on Carriers, the Germans unleash their artillery, but the section chief, Lieutenant Robert Currie, managed to observe the village and realized that it was deserted. The companies continued in the direction of Bretteville-sur-Odon and a few moments later, they were also under the fire of the enemy guns, registering significant losses. Buell is on his way to encourage his men when a shell strikes his Carrier; Not being wounded, he pursued on foot.

The leading companies reached the immediate vicinity of the village at 4:30 pm and began to recognize the streets and dwellings. 45 minutes later, while the Germans concentrated their artillery on Bretteville-sur-Odon and the last defenders quickly retreated, the Canadians realized that they took possession of the commune. After securing the outskirts of the village, they immediately dig shelters and trenches as they have done in recent days to escape the shrapnel of enemy shells. 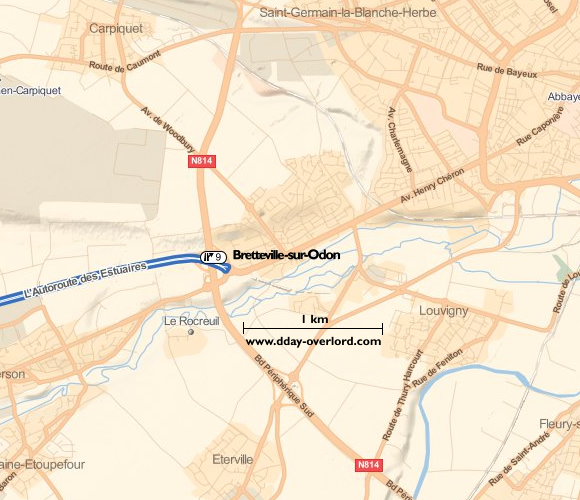