Colomby-sur-Thaon in 1944 – Calvados – Battle of Normandy

On June 6, 1944, Colomby-sur-Thaon was one of the objectives of the Canadians of the 8th Infantry Brigade, commanded by Lieutenant-Colonel J.E. G. Paul Mathieu. Colomby-sur-Thaon now houses the command post of the 1st Battalion of the Artillery-Regiment 1716 and the soldiers of the second battalion of the Grenadier-Regiment 736 (716. Infantry Division). The municipality is at the height of a line of crossing that the Allies call “Elm”.

The Canadians of the La Chaudière regiment seized Colomby-sur-Thaon in the early afternoon with the support of the 10th Armored Army Regiment Fort Garry Horse (2nd Armored Brigade) without special fights, making dozens of prisoners German. At nightfall, Canadians settle into the defensive, reinforced by several 57-mm anti-tank guns.

On the night of June 6 to 7 at about 2 am, a German column of the Panzergrenadier-Regiment 192 (21. Panzer-Division) was detected by the Canadians of Company A installed on the Caen-Courseulles road at the entrance South of Colomby-sur-Thaon. The fight began immediately, led by the 9th section of Lieutenant A. P. Ladas, shouting “To the assault, the Boys!”. The first and last vehicles in the column were destroyed by the 57-mm anti-tank in the first few minutes of the ambush, but one of the cannons served by the Canadians was put out of action by the Germans. Lieutenant Ladas loads a semi-tracked vehicle with two grenades but is cut in half by bursts of a machine gun. The Germans made 41 prisoners, including Captain Pierre Vallée, second in command of the company. The rest of the company is surrounded by Canadians defending themselves bravely. First-class soldier L. V. Roy, serving the last 57 mm piece, destroyed several vehicles and provided fire support for long minutes while his position was under the permanent fire of the opponent.

The shooting continues throughout the night in the light of the fires of explosions and destroyed carcasses of vehicles. At dawn, the Germans retreated: they left no less than 17 vehicles and armored vehicles behind them as well as many killed. The Canadians also suffered heavy losses, losing almost all of the 9th section, but they held the position. Three soldiers of the 9th section (including Lieutenant Ladas) and the first class Roy are found dead. 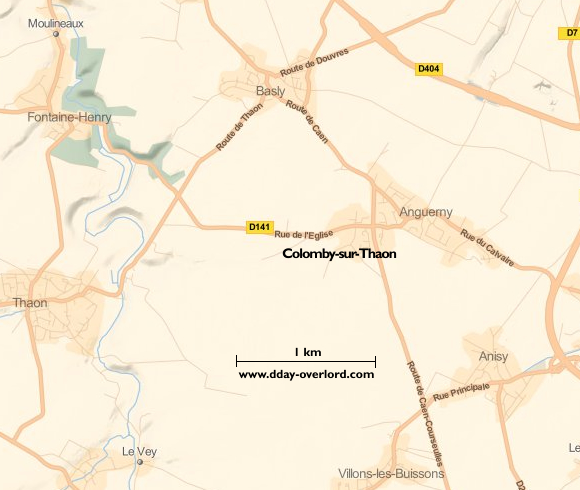